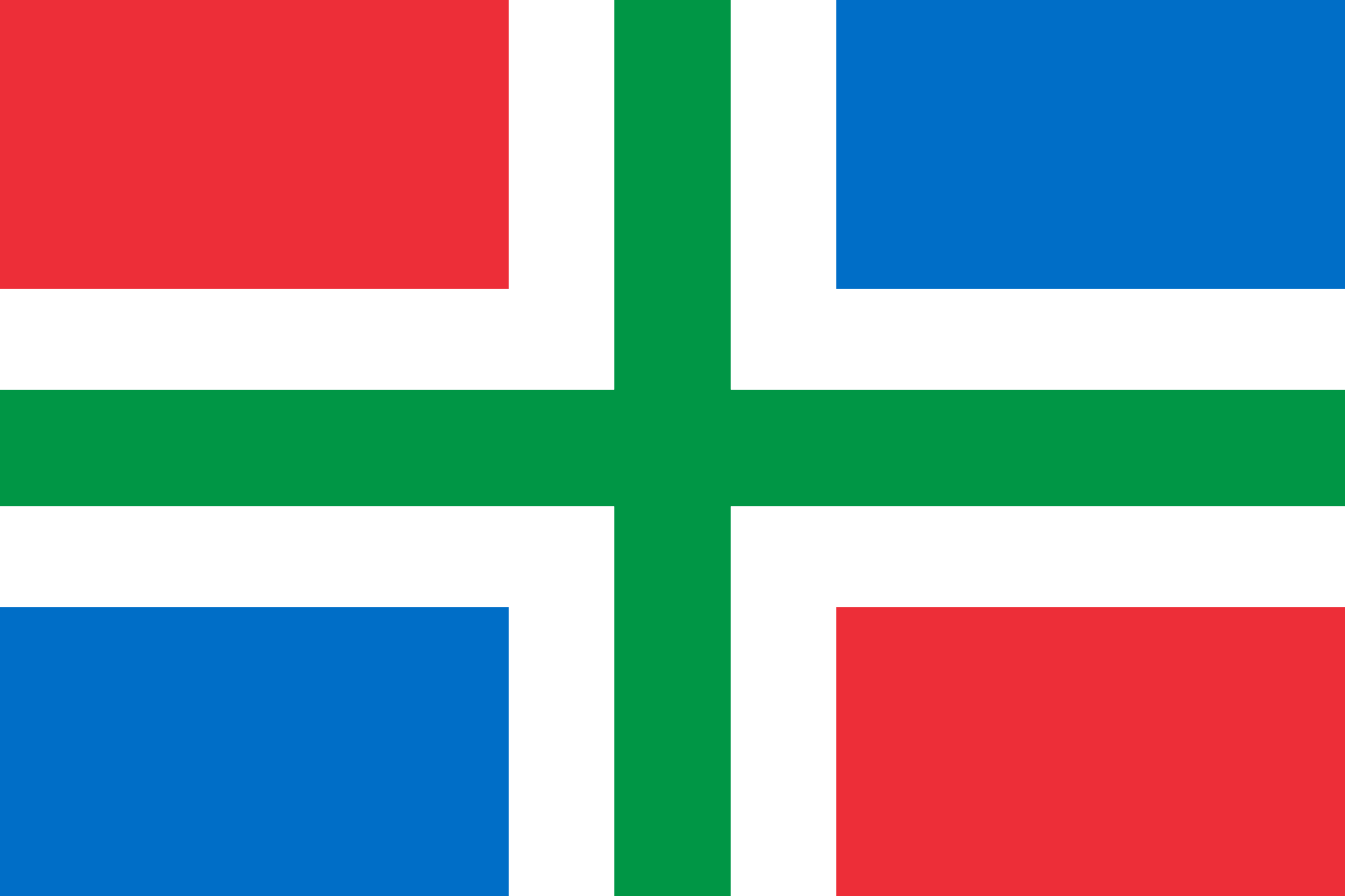 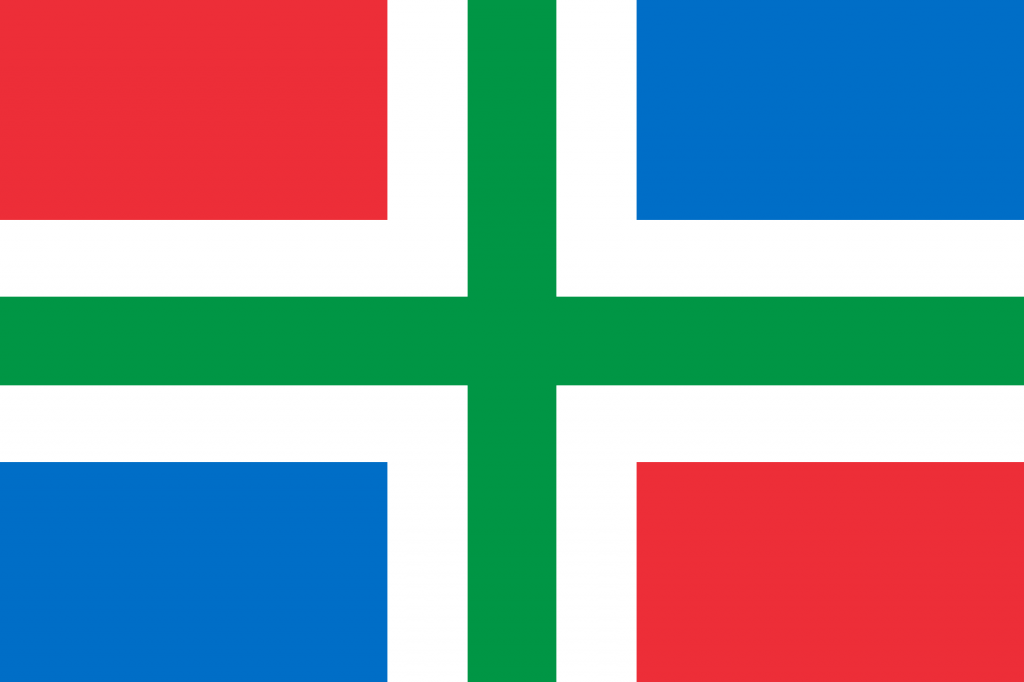 The province of Groningen has its own flag since 1950. The flag resembles the ones from the Scandinavian countries. This similarity is not a coincidence, it is a reference towards the trade relationship with these countries which exists since the Middle Ages.

In contrast to the Scandinavian flags, the cross is of the flag of Groningen is situated in the middle. The green cross symbolises the central role of the city Groningen. The red and blue colors refer to the Ommelanden, the areas surrounding the city.